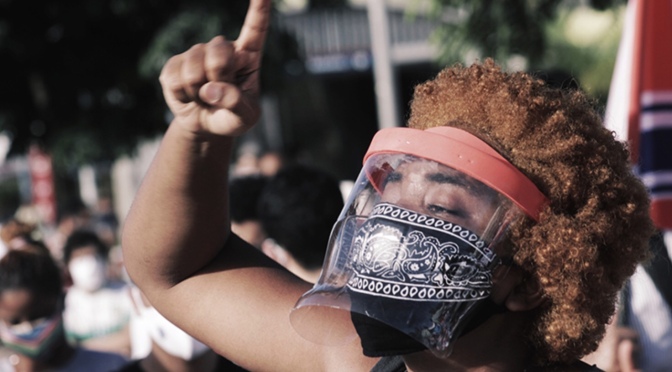 By Jeff Minick (via Intellectual Takeout)

In the last couple of weeks, we’ve seen Mr. Potato Head attacked for his gender-bias and the Muppets “put into context” by Disney. Meanwhile, as Intellectual Takeout’s Annie Holmquist reports, the cancel culture mob is busy banning or assaulting other films and books. I believe there is a way to halt this madness, but first, let’s briefly catalog some of the victims of “woke” culture in recent years.

In our great age of communication, we have seen books denounced or removed from school classrooms for their failure to live up to cancel culture’s ever-shifting standards. Mark Twain’s Huckleberry Finn, Laura Ingalls Wilder’s Little House on the Prairie series, Harper Lee’s To Kill a Mockingbird, and Mary Travis’s books about Mary Poppins have all come under fire. Some in this mob even find William Shakespeare and Geoffrey Chaucer to be reprehensible, deserving of banishment from our schools.

So I’m curious: Where does it stop? Will some of my favorite novelists of the 20th century be cast into the gulag? William Faulkner frequently employed the n-word in his novels and short stories, Ernest Hemingway comes across in his work as a sexist, an anti-Semite, and a racist, and the same goes for F. Scott Fitzgerald and Thomas Wolfe.

Will John Kennedy Toole’s hilarious A Confederacy of Dunces bite the dust because of Kennedy’s use of black dialect? Will Harriet Beecher Stowe’s Uncle Tom’s Cabin, which is credited for helping end slavery in the United States, be executed for its portrayal of the kind and gentle Uncle Tom? One also wonders about Up From Slavery by Booker T. Washington, the ex-slave who built Tuskegee University in Alabama from the ground up. Should that autobiography fall under the ax because its author advocated compromise and hard work as a way to improve the lives of his fellow blacks?

And what about earlier writers? Philosophical works by Plato, Aristotle, Marcus Aurelius, and Thomas Aquinas are about to be consigned to the wastebasket of history because the authors are “dead white men.” Jane Austen’s Pride and Prejudice has long been one of the leading classic novels by a female author, yet it, too, could be consigned to the junkyard for its depiction of men, women, and marriage. What about dead white painters, dead white sculptors, dead white poets, and dead white musicians? Are they also bound for the furnaces because of their skin pigmentation?

This censorship won’t stop, at least not in the foreseeable future. This mob of neo-Puritans, cultural nannies, bullies, and woke crazies are Energizer Bunnies who just keep on going, never running out of juice, always finding one more politically incorrect piece of the past to throw on the funeral pyre. With little sense or knowledge of history, and no sense of proportion or nuance, they light their torches, snatch up their hatchets, and rush off to attack the latest monster.

So what can we do? Writing and sharing articles like this one may awaken a few people to the dangers the Energizer Mob poses to our culture, but it won’t stop or even slow down the mob itself. What will put them out of business is money.

We need men and women—younger, brighter, and better organized than I—to found and fund a new ACLU: an American Cultural Liberties Union. The organization’s work would be to protect our culture and recruit members from all political persuasions who believe in freedom of speech and who have a balanced view of the past. Members would pay a modest annual fee, and in return this new ACLU would daily act as a guardian when the cancel culture dogs begin barking. Such a group would exist solely for the preservation of Western culture. It would endorse no candidates and take no money from Big Tech or other corporations.

Let’s say that some rabid wokesters go after Disney’s “Cinderella” for its gender-based stereotypes, and Disney decides to lock that film in its vault. The ACLU staffers who read those headlines would check and recheck this story, and then contact Disney to discover whether this news was true. If Disney indeed intended to withdraw the film from its viewing audience, the ACLU staff might then explain that in response to this move the organization plans to inform its 30 million members of Disney’s decision and is asking them to boycott Disney products for six months.

Money talks, baloney (not the usual word here) walks. A majority of Americans believe cancel culture is a threat to freedom, but as Holmquist notes, “The fact is that many of us are afraid of even raising sensitive issues because we’re worried such discussions will devolve into heated arguments or even get us canceled.”

Right now, most of us feel isolated, powerless to make a difference in the war on our culture. But in numbers there is strength, and from that strength comes courage. If even a fraction of Americans gathered under one banner, they might actually win some of these battles and turn the tide of the culture war.