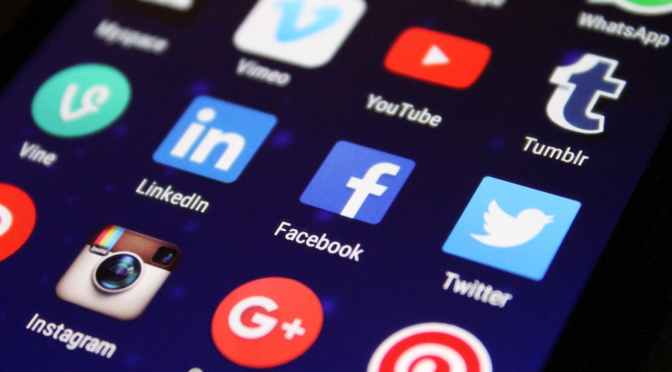 Twitter caused a stir by complying with the Indian government’s request to temporarily “withhold” access to dozens of accounts for users within the country in response to claims that they were “inciting violence” during the ongoing farmers’ protests, which prompts some very important ethical questions that have a few disturbing implications for the freedoms of speech and assembly in Western-style democracies across the world.

Everyone across the world is talking about social media censorship after former US President Trump was deplatformed last month by the world’s largest companies in this sphere following the storming of his country’s Capitol on 6 January, but another recent incident is similarly alarming but hasn’t received the amount of global attention that it deserves. Twitter caused a stir by complying with the Indian government’s request to temporarily “withhold” access to dozens of accounts for users within the country in response to claims that they were “inciting violence” during the ongoing farmers’ protests. To its credit, Reuters reported on this controversial decision when it happened, and the BBC just followed up to inform its readers that access has been restored to many of the affected accounts. Nevertheless, the ethical questions related to this course of events and the disturbing implications that they pose for the freedoms of speech and assembly in Western-style democracies haven’t been adequately addressed.

Strictly speaking, “India’s information technology laws empower the government to seek to block online content deemed as inciting disruption to public order”, according to Reuters. In this sense, Twitter was just abiding by the legal request of one of the many countries in which it operates. Be that as it may, there are concerns that the affected accounts weren’t objectively “inciting disruption to public order” simply for posting with the hashtag #modiplanningfarmersgenocide. The politics of genocide are very emotive and the issue is oftentimes exploited for ulterior motives. Even so, it’s questionable whether provocative claims such as that one amount to “Genocide incitement (which) is a public offence and a great threat to public order”, according to one of the unnamed Indian officials that spoke to Reuters. Rather, as some observers suspect, India might have exploited its pertinent legislation in order to suppress the largest and most sustained anti-government protests in recent memory.

It’s up to the reader themselves to investigate this issue more thoroughly in order to draw their own conclusions about that particular example, but the takeaway is that governments across the world could at least in theory take advantage of the law in order to censor their political opponents. At the same time, however, there are plenty of examples that one can think of where it would be necessary for governments to request the immediate “withholding” of access to certain accounts that are genuinely “inciting disruption to public order”, such as during the midst of an ongoing Color Revolution attempt. It’s unclear, though, whether Twitter would dutifully comply in those scenarios since the company is regarded as having a very strict liberal-globalist worldview which is thought to generally align with the goals of Color Revolution participants in Belarus, Venezuela, and elsewhere. One can easily imagine the company denying such requests for political reasons, unlike in India where it fears being shut out of its enormous market if it goes against the government.

These points raise two serioius questions. The first is whether Twitter will follow an apolitical approach of complying with all governments’ relevant requests without discrimination, even if there are grounds like in the Indian case to legitimately wonder whether the law is being exploited for domestic partisan purposes. The second question is whether exceptions will be made on a case-by-case basis due to ideological and/or economic considerations, the first of which is relevant to the Belarusian and Venezuelan scenarios as mentioned and the latter in regards to retaining access to India’s enormous market. The answers to these questions will directly affect the lives of countless people living in Western-style democracies, especially those in the US and Western Europe. As it stands, it’s unclear whether Twitter would temporarily withhold access to accounts within America and France for instance if Washington and Paris claim that some participants in certain rallies (e.g. anti-Biden and Yellow Vests, respectively) are “inciting disruption to public order”.

Of course, it would help those governments’ cases if they could at least point to some law or another that’s officially on the books in order to “justify” what could in reality just be their exploitation of the legal process for the purpose of censoring their political opponents, but even if they can’t, Twitter has both ideological and economic reasons to comply with their requests. It’s for this reason why lawmakers in those countries and others should raise this scenario within their legislatures in order to hold decision makers to account in the event that they attempt to exploit the law to that end. Every Western-style democracy must have a serious discussion about the ethical questions and implications posed by the Indian precedent. Failure to do so will actually put their citizens’ freedoms of speech and assembly at risk of being undermined through potential collusion between corrupt government officials and Big Tech. It also risks empowering Big Tech into thinking that it can carry out its own widespread censorship sprees for ideological reasons with impunity.

To be clear, Twitter itself is a complex entity. It can be used as a tool for good in the hands of responsible decision makers who understand the need to temporarily “withhold” access to accounts that are genuinely “inciting disruption to public order”. Peaceful members of the population also use its free services to organize protests in accordance with the law. On the other hand, Twitter can also be exploited as a weapon by corrupt bureaucrats to censor their political opponents on false “security” pretexts. The company can also “go rogue” and impose its own censorship scheme on targeted populations using the same pretext (albeit arguing that the affected accounts’ posts “violated its terms of service” instead of “the law”) in order to meddle in the domestic political affairs of sovereign states. With these risks in mind, countries should urgently initiate conversations between the state and civil society over the contentious issue of Big Tech’s growing role over nearly every facet of people’s lives, and credible steps should be undertaken to preemptively thwart these dark scenarios.