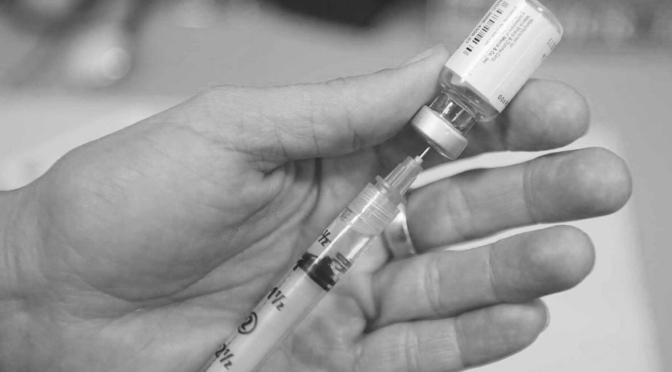 It is hard for me to fathom what is going on.  The article quoted below indicates that the Pharma industry does not think Covid will be going away; instead it will switch from pandemic to endemic, with outbreaks here and there–apparently justifying lots of vaccine boosters.

Moderna says it will produce up to 1 billion doses of vaccine in 2021, but it is expanding and expects to produce 3 billion doses/year starting next year.

Netanyahu says Israelis need to anticipate another shot for themselves, and their children (after the first 2 Pfizer doses) in 6 months.  Two month ago, Netanyahu was looking to buy 36 million more doses, 3 times what had already been purchased.

On March 11, 2021, the Washington Post reported that the US had bought enough vaccine to fully immunize 3 times as many adults as live in the US–nearly 8 doses per person, since most comes from Moderna and Pfizer.

So, if we are truly anticipating that Covid will become an endemic illness, don’t we instead require a better, more long-lasting vaccine, instead of untested shots that need to be repeated every six months, and whose longterm side effects are a huge question mark?

Since there is no need to vaccinate those who have recovered, and some estimates are that they include half the population, but doses have been bought for everyone, and CDC insists we all need them–is this not actually about Covid protection?

It is certainly possible the immunity the shots provide will last for years.

Do the powers that be have an hourglass into the future? How can they possibly know that everyone need so many shots?

Or that the shots will be safe in children and babies?

Why is there no visible concern for possible side effects?

More and more studies are showing that the Spike protein, the main immunizing ingredient in all the licensed Covid vaccines, is actually dangerous.

What is really going on?

Drugmakers who seized the opportunity to develop vaccines against the coronavirus are on their way to reaping significant revenues.

Exactly how much money is on the table?

In its annual forecast for global drug spending, the IQVIA Institute for Human Data Science put the figure at $157 billion through 2025.

It’s one of the many intriguing projections in this edition of IQVIA’s annual drug spending forecast, the group’s first since the coronavirus pandemic put the worldwide economy on tilt.

For example, IQVIA projects global spending on medicines to reach $1.6 trillion by 2025, an increase from $1.25 trillion in 2019, representing annual growth of 3% to 6%. The $1.6 trillion figure does not include spending on coronavirus vaccines.

“We reflect what we expect to be happening over the next five years in terms of the drivers of change in demand for medicines and spending on medicines,” IQVIA executive director Murray Aitken explained in an interview.

In regard to global COVID-19 vaccine spending, IQVIA projects roughly $53 billion this year and $51 billion in 2022. The group sees a precipitous drop in total spending in 2023, to roughly $23 billion.

“We think the prices will keep coming down as we get beyond this immediate period of trying to get everyone vaccinated,” Aitken said. “There are 11 vaccines in use in one part of the world or the other and there may be more coming, so we can expect that prices will decline over time.”

Other factors that will influence global vaccine spending include an increased availability of single-shot options, an increased supply to developing countries and the need for booster shots for those who have already been vaccinated.

The group assumed an average of 1.8 vaccine doses per person this year and next. From 2023 to 2025, when boosters will presumably be in use and more single-shot vaccinations will be available, IQVIA shifts the average to 1.3 doses per person.

For the purpose of the estimate, IQVIA also assumed one-shot boosters on a two-year cycle in the 2023 to 2025 period, though this issue has yet to be resolved by vaccine producers.

Making projections during a pandemic is risky business, IQVIA admits in its report.

“The impact of COVID-19 defied expectations throughout 2020 but the evolution from pandemic to endemic is reasonably certain even if the interplay between vaccination levels and periodic outbreaks around the world remains challenging to predict,” the group said.