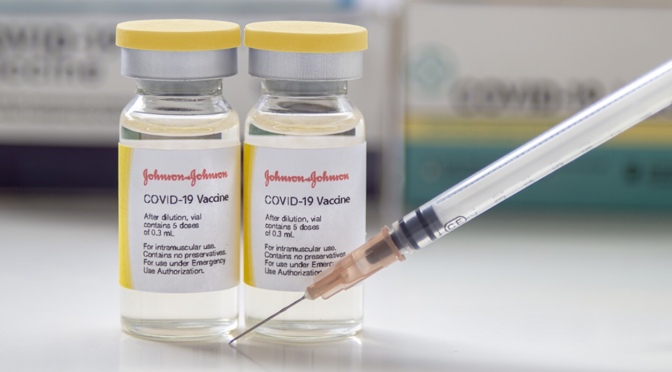 By Ramon Tomey (via Natural News)

Eighteen-year-old Emma Burkey of Las Vegas, Nevada received the Johnson & Johnson vaccine on April 1. What happened to her a week after the vaccination was no laughing matter, as she experienced seizures that called for her hospitalization. The teen subsequently went under the knife three times to remove blood clots that formed in her brain.

According to Burkey family spokesman Bret Johnson, Emma began to feel ill and experienced seizures a week after inoculation. She was initially rushed to the St. Rose Dominican Hospital, Siena Campus in Henderson. Emma was later air-lifted to the Loma Linda University Medical Center (LLUMC) in nearby California to receive specialized treatment.

Doctors at LLUMC placed Emma in a medically induced coma and intubated her. The teenager then underwent three operations to remove blood clots – a side effect stemming from the J&J vaccine – that formed in her brain. The operations were successful: Emma has been subsequently taken out of the induced coma and is no longer attached to a respirator.

Speaking to the Las Vegas Review-Journal, Johnson said Emma’s parents are “cautiously optimistic” despite Burkey suffering from a “massive brain injury.” He said: “The word we got from her parents … was [that Emma was recovering] slowly.” The Burkey family spokesman added that while the teen still has a tracheostomy tube in her throat, she can mouth some words and communicate by blinking.

Burkey’s case is one of nine instances of cerebral venous sinus thrombosis (CVST) – clots that form in the vessels that drain blood from the brain – associated with the J&J single-dose COVID-19 vaccine. The cases are currently being examined by the Centers for Disease Control and Prevention (CDC) and the Food and Drug Administration (FDA). Interestingly, the Nevada Department of Health and Human Services said it did not know of what happened to Emma until a meeting of a CDC advisory committee brought up the case.

Burkey’s experience came after the CDC and FDA released guidance recommending that vaccinations using the J&J vaccine be suspended. The decision followed reports of a handful of serious blood clots some patients experienced. However, such reactions were rare out of the more than seven million inoculations using the shot.

According to the two agencies, six women below 50 years old who got the J&J Wuhan coronavirus vaccine developed CVST sometime after vaccination. The six women also reported thrombocytopenia – low levels of blood platelets – aside from the blood clots in the brain. Three women later joined the list of patients who developed CVST, but it is unknown if the three new additions also experienced a low blood platelet count.

Despite these reports, evidence suggesting that the J&J vaccine directly caused the blood clots is scant. Authorities nevertheless remain vigilant regarding further reports of serious reactions that may come in. CDC Director Dr. Rochelle Walensky said during an April 19 press briefing: “We are encouraged that it hasn’t been an overwhelming number of cases, but we’re looking and seeing [what has] come in.”

Walensky added that her agency and the FDA were closely monitoring the U.S. Vaccine Adverse Event Reporting System for new reports of side effects following vaccination. But even before the reports of CVST and thrombocytopenia emerged, the J&J vaccine has been linked to a number of side effects in people.

New Jersey resident Francisco Cosme received the J&J single-dose vaccine on March 6 at New York City’s Javits Center. Almost a month later, the 52-year-old started to feel unwell. Cosme’s wife Laura Eugene said her husband “started to feel like he had a sore throat [with] stuffy coughing, and then he started to run a fever … and feel fatigue.”

Cosme called 911 after experiencing breathing difficulties. He was subsequently taken to the John F. Kennedy Medical Center in Union City, where he is currently in critical condition. Doctors projected a grim road for Cosme, saying that they were unsure if his condition will improve.

Meanwhile, 74-year-old Richard Terrell said his skin started peeling off four days after he got the J&J vaccine. He described his experience: “I began to feel a little discomfort in my armpit. [A] few days later, I began to get an itchy rash, and then after that – I began to swell and my skin turned red.” The Goochland, Virginia resident added that the rash soon spread to his entire body.

Terrell commented: “It all just happened so fast. My skin peeled off.” Fortunately, he managed to receive medical treatment for his “stinging, burning and itching” skin as a side effect of the single-dose vaccine. The Virginian would have died if his condition was left untreated, a doctor who handled Terrell’s case said.