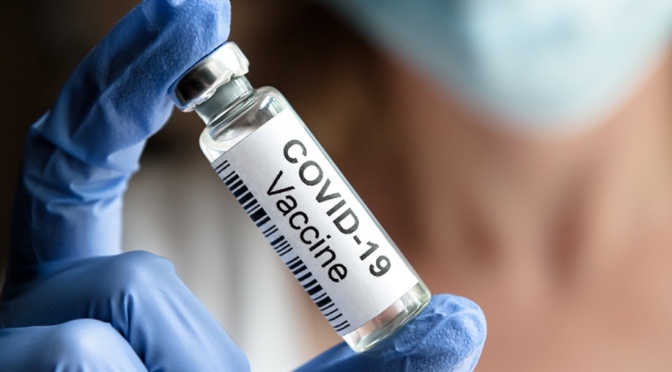 Not enough light-skinned conservatives are agreeing to take Donald Trump’s Wuhan coronavirus (Covid-19) injections at “warp speed,” so the mainstream media and the Biden regime are pumping out the propaganda to try to solicit their obedience.

According to the fake news media, “white, rural conservatives,” particularly in the South, are among the most “hesitant” when it comes to getting jabbed for the Chinese virus. Many of them simply do not want to have their DNA permanently changed, and this is upsetting to the deep state which wants full “immunity” – meaning everyone gets injected.

Taking every opportunity to bash white conservatives, the establishment has been on a propaganda spree as of late trying to make those who would rather not take a liability-free experimental gene therapy poison seem stupid and uninformed – because everybody knows that Wuhan flu shots are “science.”

“There’s nothing inherently unique about living in a rural area that makes people balk at getting vaccinated. It’s just that rural areas have a larger share of people in the most vaccine-resistant groups: Republicans and white evangelical Christians,” balked Drew Altman, president and CEO of the Kaiser Family Foundation.

You see, total compliance with the genocide agenda is necessary in order for it to work, and white, rural conservatives are on to the sham. Consequently, the media is running on overdrive pumping story after story to try to twist as many arms as possible into rolling up their sleeves for an injection.

When the government says it is here to help, RUN!

The latest data suggests that the number of rural Americans who say they will never get jabbed with this ‘vaccine’ at point is at least double the number of urban Americans. In some areas of the country, a majority of residents fall into this camp.

According to the media, more than 45 percent – likely well over half – of white, rural conservatives say they will not even consider getting injected. This is a problem for the powers that be, which are aiming for near-total compliance with Operation Warp Speed.

Prior to honing in on this demographic, the establishment was aiming its vaccine propaganda at blacks and other minorities. Many dark-skinned people are just saying noto the jab because they vividly remember the government’s infamous Tuskegee experiments on black people.

Anytime the government claims to be doing something for the betterment of the people, it is probably a good idea to respond with a healthy dose of skepticism. The government is not our friend, in case you did not know.

All of the current gaslighting is a desperate attempt to convince the skeptical that the jab is not that bad, and that it will protect them from scary Chinese germs that might kill them and their friends. The problem is that many Americans are not buying these lies.

No matter how they try to bully you into getting jabbed, America, just say no. Tell these government hacks that you will not be getting injected – not now, not ever. And support your friends and family members who are doing the same because inevitably this is all leading to a full-on medical police state controlled by left-wing fascists who plan to treat the unvaccinated the same way they are currently treating the unmasked.

“Prior to the covid vaccine, when a vaccine met the threshold of 50 deaths in the VEARS system, it was removed from use,” noted one commenter at The Daily Bell.

“The covid vaccine has surpassed that number by many times. There are over 3,000 deaths, thousands of hospitalizations, and hundreds of other complications, i.e. Bell’s palsy, attributed to these mNRA injections and yet no indication of concern. This is quite telling.”

More related news stories about the government’s Wuhan coronavirus (Covid-19) lies can be found at Pandemic.news.