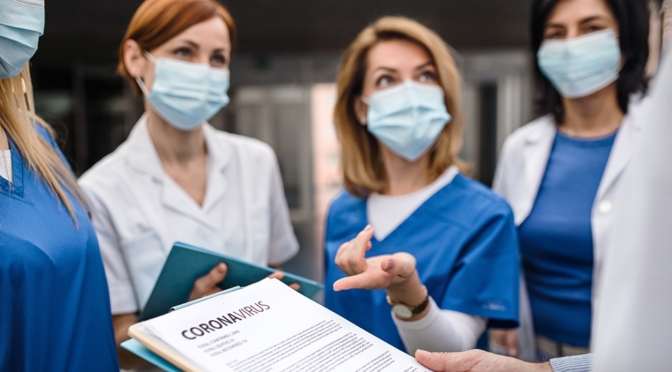 Out of concern for the safety of her patients, Deborah Conrad, a physician’s assistant, reportedly convinced the hospital where she works to start carefully tracking the Wuhan coronavirus (Covid-19) “vaccination” status of every patient admitted. What was discovered as a result is that upwards of 90 percent of all new hospital admissions for “covid” are occurring in “fully vaccinated” people.

The area where Conrad works is about 50 percent vaccinated for the Fauci Flu, and yet nine out of every 10 new patients at her hospital are sick, and in some cases dying, despite having gotten jabbed in obedience to the government.

Many of these sick and dying patients are young people who, prior to getting jabbed, were perfectly healthy. Now they have heart problems, blood clots and other health damage that will likely track them for the rest of their lives.

Conrad was so horrified by this revelation that she attempted to reach out to health authorities at the U.S. Centers for Disease Control and Prevention (CDC) and the U.S. Food and Drug Administration (FDA), only to be ignored by both of them.

Conrad’s hospital employer also barred her from filing reports into VAERS (Vaccine Adverse Event Reporting System) even after being asked to do so by doctors who work there. (RELATED: Read this to learn more about how the FDA and the CDC have been lying about covid numbers to push their plandemic agenda.)

“That the CDC and FDA failed to respond is arguably not surprising – they have been cheerleading this vaccine for months,” wrote Aaron Siri on his Injecting Freedom Substack blog. “Admitting almost any harm now would be akin to asking them to turn a gun on themselves.”

In a letter to Rochelle Walensky and other top officials at the FDA and CDC, Siri explained on behalf of Conrad all the details and science surrounding what was discovered at the hospital facility in question, which is located in New York.

“Even more troubling is the fact that many individuals being admitted are presenting with complication months after vaccination and the hospital has more admitted patients now on average than it had last year during the pandemic,” Siri writes.

Furthermore, Conrad has been roadblocked at every turn in which she has attempted to get this truth out to the public, including by routing it through the FDA and the CDC, which are supposed to be looking out for public health.

Siri explained that a large AHRQ-funded study by Harvard Medical School found that “fewer than 1% of vaccine adverse events are reported” to VAERS. This is a paltry figure that is only made worse by hospitals like the one where Conrad works that refuses to allow its employees to log covid vaccine-related injuries and deaths into it.

You can read his full letter with all the details at this link.