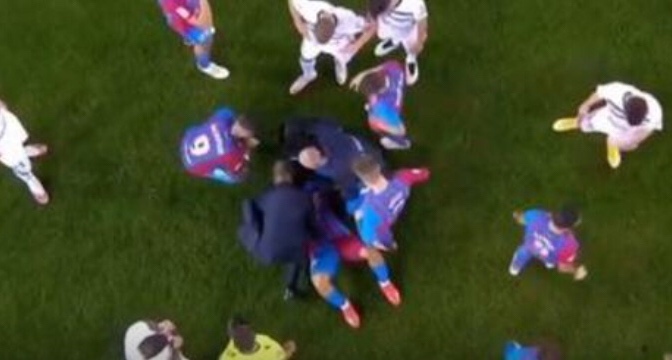 Professional athletes all around the world are dropping dead from Wuhan coronavirus (Covid-19) “vaccines,” and the mainstream media is doing everything in its power to hide this fact from the public.

When it does get reported, the talking-heads call it a “mystery,” but it is no mystery. In every case, an athlete develops heart problems immediately after getting jabbed that eventually lead to sudden death.

Prior to the unveiling of “Operation Warp Speed,” it was unheard of for the average person to develop myocarditis, for instance. Now it is a common occurrence, even in young children.

Mark Playne from “Not on the Been” is keeping a running list of professional sports players who develop sudden health issues, including death, almost immediately after getting injected for the Fauci Flu. The following are some of the cases he has documented thus far:

There are also many other instances of players falling to the ground during the play and having to be hospitalized. The following are said to still be alive, despite their serious injuries:

This is just a small sampling of the many cases out there of young, healthy people who after getting injected either became seriously ill or died. As you will notice, most of the injuries and deaths are heart related, which is what you would expect to occur in someone who is elderly or who has a preexisting health condition.

None of the aforementioned people fit that demographic. In fact, all of them were in tip-top shape, seeing as how they are professional athletes who train regularly, eat healthy and keep themselves as fit as possible.

The only thing that changed in their lives is that they took the injections as demanded of them. And now they are either suffering from major illnesses or had to be buried because they passed away.

“The only ones who have 100 percent immunity after the vaccine is given are the vaccine makers,” noted one commenter at Natural News.

“The vaccine is neither safe nor effective, unless you consider that Big Pharma is safe from lawsuits and effective at destroying your immune system! Safe and effective from catching and spreading covid, not so much!”

Another suggested that many children in the younger 5-11 demographic will also be dying in the coming months, and that eventually Jesus will “take vengeance for their deaths.”