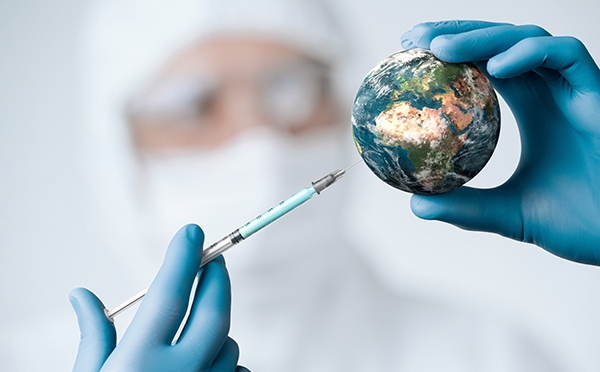 Dr. Shankara Chetty, a South African family doctor who is credited with improving early treatment for the Wuhan coronavirus (Covid-19), says that the goal of the mass “vaccination” program is to “control and kill off a large proportion of our population without anyone suspecting that we were poisoned.”

In a recent statement, Dr. Chetty explained that the dying process provoked by the injections was designed in such a way as to be untraceable. People will start to get sick from this or that, and the symptoms will be so wide ranging that it will be difficult to definitively peg them on the shots.

“The deaths that are meant to follow the vaccinations will never be able to be pinned on the poison,” he said. “They will be too diverse, there will be too many, and they will be in too broad a timeframe for us to understand that we have been poisoned.”

Dr. Chetty claims to have successfully treated more than 7,000 Chinese Virus patients “without a single hospitalization or death.” He is also keenly aware of the government’s censorship campaign against the early treatment protocols he provides to his patients.

In Dr. Chetty’s view, there is one thing that appears to be causing all of the deaths attributed to covid, and that thing is the spike protein.

This “pathogen,” as he describes it, is either found in (Johnson & Johnson, AstraZeneca) or produced by (Pfizer-BioNTech, Moderna) the so-called “vaccines.” And it is this pathogen that will eventually kill off millions, if not billions, of people.

“What looks like transpired here [is] they’ve engineered a virus and put this weapons-grade package onto it called ‘spike protein,’” Dr. Chetty further explained.

Only a small number of people experience an immediate “allergic reaction” to the “most elaborately engineered toxin,” he says, usually within the first eight days after the onset of symptoms. The injections, however, extend that allergic reaction “for a longer period.”

“We begin to see the endothelial [blood vessel lining] injuries that this vaccine causes with its spike protein, with its influence on its ACE2 receptors,” Dr. Chetty warns. “Those are the deaths that are meant to follow. And they will never be pinned onto the spike protein, a very well-engineered toxin.”

Because these spike proteins are recognized by the body as foreign invaders, the immune system overreacts in an autoimmune way – meaning it attacks itself. This is where the slow-death process begins.

“Now this toxin in the long term is going to get people with pre-existing illness to have those illnesses exasperated,” he warns.

What is worse, these toxins include “bits of HIV protein,” which clearly shows that they were genetically engineered, Dr. Chetty says. People with cancer “are going to have their cancers flare up, and they will say they died of the cancer.”

“People with vessel injuries or predisposition like our diabetics and [those with] hypertension are going to have strokes and heart attacks and the rest at varying times, and we’ll attribute those to their preexisting conditions,” he added.

“People are going to develop, over time, autoimmune conditions, the diversity of which will never be addressed by any pharmaceutical intervention because they’re far too targeted.”