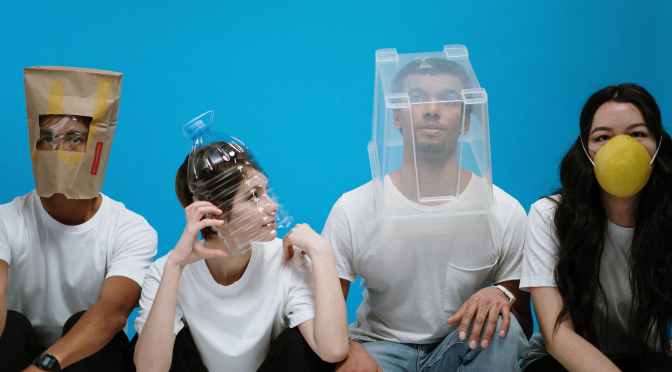 By Bill Sardi (via LewRockwell.com)

For no good reason, the world is cringing at the news of the OMICRON mutation of the Covid-19 coronavirus even though data on its infectiveness and mortality are as yet unknown.

The Director of the National Institute For Infectious Diseases says the dreaded OMICRON variant of Covid-19, which was first detected in South Africa, is likely (but not actually confirmed) in the US.  The White House, protecting against political criticism for failure to take action, restricted entry of non-citizens from eight south African nations.

A report in Nature Magazine says the OMICRON variant exhibits a large number of mutations found in other variants and “it seems to be spreading quickly.”  (“Seems to be.”  “Seems to be…” (Author’s repetition for emphasis.)

The White House recommends booster shots which it claims are “safe, free and convenient, and approved,” but maybe not effective, at least not over time.  In fact, booster shots have not been proven safe or effective.  The White House appears to be doing an informercial for the vaccine makers.

How does temporary protection end up being efficacious?

Preventive measures are a farce

The World Health Organization states: “Individuals are reminded to take measures to reduce their risk of COVID-19, including proven public health and social measures such as wearing well-fitting masks, hand hygiene, physical distancing, improving ventilation of indoor spaces, avoiding crowded spaces, and getting vaccinated.”  What do you call a President who orders people around without authority or substantiation?  (I’ll answer that for you: a tyrannist.)

Florida, which does not mandate face masks nor vaccination, reports the lowest Covid-19 cases per capita in the nation.

A scientific review of face masks reveals it is a totally unreliable method of slowing or preventing the spread of disease.  Even when face masks were not used in the operating room with open wounds, no increase in infections were noted.

Pandemics usually mutate out of existence

Mutations are not new nor unexpected.  Coronaviruses, like influenza viruses, mutate rapidly and often these mutations don’t result in any developing pandemic and fizzle out.

A Reuters report says: “the new variant has over 30 mutations in the part of the virus that current vaccines target” and that Omicron’s mutations “are likely to render certain Covid-19 treatments, including some manufactured antibodies, ineffective.”  Oh, so the vaccines and booster shots are/aren’t effective, which is it?

Wait for the anti-Covid drugs

As a set up for new anti-Covid-19 drugs, the Reuters report says: “experimental antiviral pills (Paxlovid and Molnupiravir) target parts of the virus that are not changed in Omicron.”

If the drugs are effective there will be no reason to continue with mass vaccination.  So few people actually end up with severe infections or have fatal infection, it would be better to just treat the seriously ill with these new drugs and skip problematic vaccines altogether.  Right?

But there is more hidden behind the curtains

Dr. Mike Hansen says in an online report, says these “mutations are in the spike protein.”  According to a report in Genomics, such mutations “imply” they are more pathogenic.

As of November of 2020, there were 83,475 gene sequences available on Sharing All Influenza Data, 29,903 which were “complete whole genome of the earliest-sequenced Covid-19 from Wuhan, China, which were used for comparison with later strains.  However, researchers say: “there is an unrelenting generation of genomic variants for ANY RNA virus.”  However, these were laboratory-made sequences, not the mother or sister virus.

Couldn’t identify a single mutation that correlated with increased transmission

Near the end of 2020 researchers in Britain published a report in Nature Communications concerning “speculations Covid-19 may be evolving towards higher transmissibility.”  Yet among the 46,723 mutations identified from worldwide samples, this research team said it could “not identify a single recurrent mutation that convincingly associated with increase transmission.”

Incongruently, in 2005 researchers reported that coronaviruses exhibit “stable genomes which change very little over time.”  What happened since 2005?  Somebody or some thing is now causing them to mutate rapidly.

Do mutations even matter?

However, a report in Nature Magazine asks: “Do Covid-19 Mutations Even Matter?”  The report went on to say: “Scientists have this crazy fascination with these mutations.”

Callaway quotes another scientist to say: “What’s irritating are people taking their results in very controlled settings, and saying this means something for the pandemic. That, we are so far away from knowing.”  In other words, interpreting these mutations is a crap shoot in the real world.

And get this, no one is monitoring mutations in the virus itself because it is potentially too dangerous to experiment with.  So, researchers are using made up pseudo-viruses.  Hey, maybe medical writer Jon Rapoport and Dr. Andrew Kaufman, who keep banging their pie tins about the non-existent virus, are right?!

Nature Magazine report: “The pseudo-viruses carry only the coronavirus spike protein, in most cases, and so the experiments measure only the ability of these particles to enter cells, not aspects of their effects inside cells, let alone on an organism. They also lack the other three mutations that almost all D614G viruses carry. “The bottom line is, they’re not the virus!” says the report. (Exclamation point added.)

The chart below marks the spread of the dreaded D614G mutation.

However, many scientists say there remains no solid proof that D614G has a significant effect on the spread of the virus, and researchers still have more questions than answers about coronavirus mutations, and no one has yet found any change in SARS-CoV-2 that should raise public-health concerns!  Has it all been propaganda for the vaccine makers?

Other genome data have emphasized this stability — more than 90,000 isolates have been sequenced and made public (see www.gisaid.org). Two Covid-19 viruses collected from anywhere in the world differ by an average of just 10 RNA letters out of 29,903!

Despite the virus’s sluggish mutation rate, researchers have catalogued more than 12,000 mutations in SARS-CoV-2 genomes. But the report in Nature Magazine says: “scientists can spot mutations faster than they can make sense of them. Many mutations will have no consequence for the virus’s ability to spread or cause disease, because they DO NOT ALTER THE SHAPE OF A PROTEIN.”

Mutations could be beneficial

But a report published at Technology Networks states: “The D614G mutation causes a flap on the tip of one spike to pop open, allowing the virus to infect cells more efficiently but also creating a pathway to the virus’ vulnerable core.  So, is that mutation beneficial or deleterious?

The report goes on to say: “With one flap open, it’s easier for antibodies — like the ones in the vaccines currently being tested — to infiltrate and disable the virus.”

Researchers were using reverse genetics.  Researchers caution that the pathology results may not hold true in human studies.”  They didn’t use a real virus in the lab, only a manipulated virus.  Did you get that?

Many researchers suspect that if a mutation did help the virus to spread faster, it probably happened earlier, when the virus first jumped into humans or acquired the ability to move efficiently from one person to another.

There were obviously more people who were susceptible when the pandemic began in early 2020.

“At present, based on the most recent government data, only about three Americans in a thousand could conceivably transmit Covid-19 to someone. In other words, nearly 99.7 percent of people in the United States are currently no threat to anyone of spreading the virus. And despite the large case count, 24 out of every 25 cases are recovered, meaning not only that those people are no longer threats, but also that they now have the strongest form of immunity against Covid-19.”

“From the outset, media reports on Covid-19 have been calculated to stoke fear. Whether out of sensationalism for clicks, desire to shape political outcomes, or panic in the pressrooms, media have offered an unrelenting diet of terror about the pandemic with little to no context.

The idea that nearly everyone recovers from this virus, as from other illnesses, rarely entered the news stories, let alone the minds of the terrified populace. As the total case numbers rose, quietly so did the number of those who had recovered and now were immune. Case numbers were also never placed in the context of an even much larger number: the population.”

Here is Sanders’ the threat-free index estimates as of November 15:

This means, if you enter a COSTCO store and it has 300 shoppers in it, or a church with 500 worshipers, or even a football stadium with thousands of fans, given only a small number you actually come in contact with, the chance you would be exposed to the virus, let alone infected, is nil.

I get the distinct idea all these restrictions and mandates without legal authority are just drills to train Americans to comply, much like dogs get trained.  Then the poison is slipped into the Kool-Aid.

And now for more make-believe terror from Orson Welles and the War Of The Worlds.